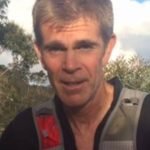 Dr. Marty Hoffman had the idea of a non-profit foundation to support international research related to ultra-endurance activities in the mid-2000’s. The foundation was to be call the Ultra-Endurance Exercise Research Foundation. But, that was preceding the rapid growth in ultramarathon participation that was seen shortly thereafter, and it was too early in the development of ultra-endurance related research.

Over the subsequent years, Dr. Hoffman focused on building a research program related to ultramarathon running, and then in 2014 he started a conference to serve as a forum for scientists and clinicians to share new information related to ultra-endurance sports science and medicine, the Congress on Medicine & Science in Ultra-Endurance Sports.

Our logo of three overlapping rings was adopted for the initial Congress on Medicine & Science in Ultra-Endurance Sports. The intent was for the logo to represent the focus of the conference – the overlap of medicine, science and ultra-endurance sports. We retain the three overlapping rings for the logo of Ultra-Endurance Sports Science & Medicine.